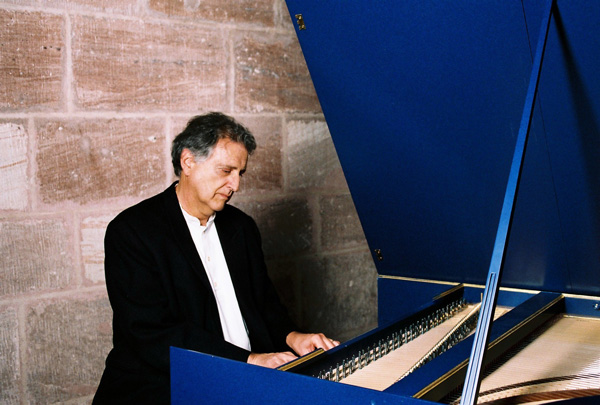 Oscar Milani was born in Rosario, Argentina, where he studied medicine and music. After obtaining a grant from the Bariloche Foundation, he went to Buenos Aires to specialize; harpsichord, chamber music, and interpretation on early keyboard instruments. His activities as a soloist and chamber musician with the Camerata Bariloche took him to several countries of South America and also to Europe. Recordings for the ORF and Picks Records. In his quest for authenticity he built one of his country’s first harpsichords based on historical models (Baffo of 1574), which has met with great acclaim from the European press. Claudio di Veroli was a great help. A German State grant (DAAD) enabled him to continue his studies in Europe, first with Kenneth Gilbert in Stuttgart, then in courses with Marinette Extermann, Johann Sonnleitner, Colin Tilney and Bob van Asperen. In 1982 he helped to organize southern Germany’s first classes in early music, which were taught by some of the most prominent artists of the moment. He then devoted himself to the teaching of young people as part of the AMJ, and for more than ten years, with his friend and compatriot Gabriel Garrido (Elyma Ensemble), he took part in the early music classes, attended by students from all over Europe, at Neuburg an der Donau. 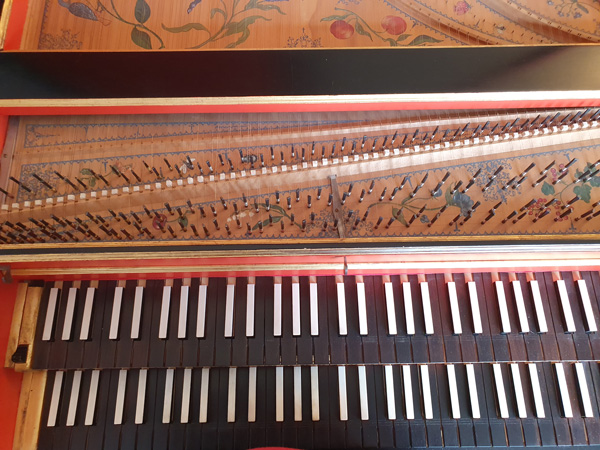 Work as a lecturer

Oscar Milani has been teaching harpsichord, chamber music and continuo at the Hochschule in Nuremberg since 1981 to 2011, and at the Fachakademie für Kirchenmusik in Bayreuth since 1993. As a performer he is also interested in works of the present day and he has recorded works by Hugo Distler and Frank Martin. He has appeared at the Gewandhaus, Leipzig, the Semperoper, Dresden, the Liederhalle, Stuttgart, the Salle Cortot, Paris, the Konzertsaal of the Meistersinger Conservatorium and Meistersingerhalle ,the Martha Kirche in Nuremberg and at the Teatro Colon in Buenos Aires.

2017 came out a CD with Sonatas for harpsichord of the famous Padre Martini of Bologna. 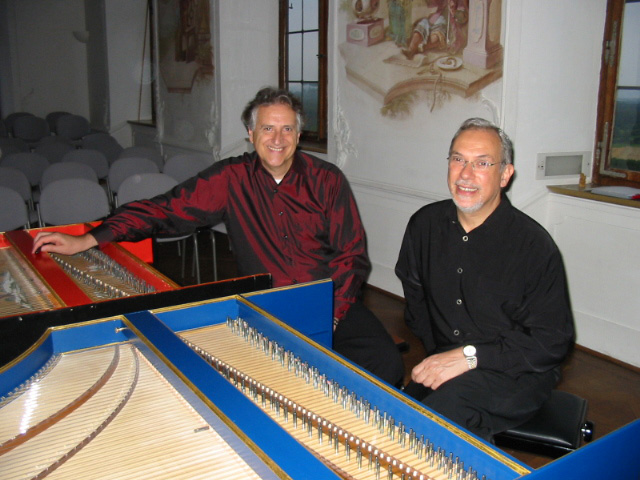 Oscar Milani and Mario Raskin are lifelong compañeros. Each year for the past twenty years or so, they have come together to play harpsichord duet at festivals in France, Germany, Holland, etc.    Performances in Paris: Grand Palais - at the Musicora Festival, Salle Cortot, Théâtre National de la Colline,Maison d’Amérique Latine, Hôtel Thiers. in France: "Le Mai du Clavecin" (Chartres), Théâtre de Montreuil-sur-Mer "Clavecin en Artois", Festival de Pont-Labbé (Bretagne) , Festival de Loire-Forez, Oppède-Le-Vieux ,Musique de Chambre en Ardeche, Saison musicale de Montsoreau. Others: Schloss Leitheim, Schloss Schillingsfuerst,Festival Het Clavecimbel (Amsterdam),  Klosterkirche Pfullingen,Odeon Sindelfingen,Martha Kirche, Meistersinger Konservatorium Nuremberg, Hochschule fur Kirchenmusik, Bayreuth.    The CD with Tangos for 2 Harpsichords, which came out 1990, has brought the Duo many outstanding reviews, last not least because of  the amazing musical gallantry and the south American spirit of the two interpreters. Who could have been more suitable for the transcriptions of  Astor Piazzolla’s- tangos, -who died in July 92 than  the two harpsichordists who were born and have grown up  in Argentine and now make successfully propaganda of their native country  in their adopted countries: Germany and France.       1999 two CD-productions were recorded with compositions of Astor Piazzolla and Johann Sebastian Bach.   The J.S.Bach CD with original works and original Transcriptions of the Orchestral Suites Nº1 and Nº2 and Brandenburg Concert Nº 6 came out 2001 and become also successful reviews. Last year  came out  Piazzolla's Vol.II. 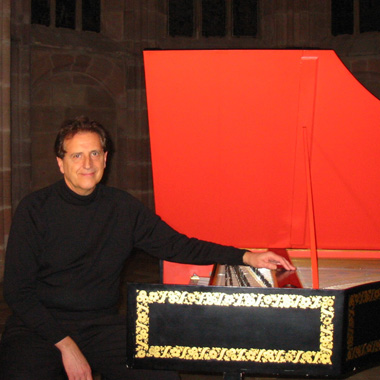 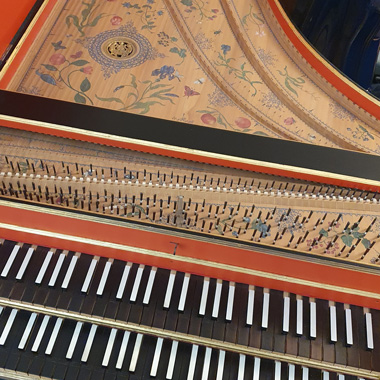 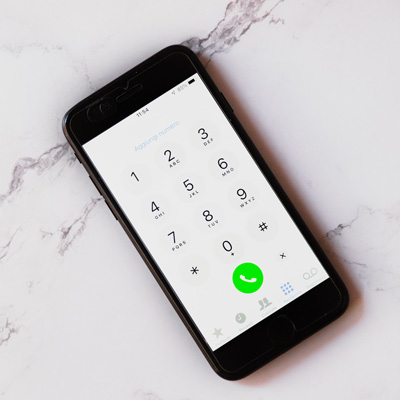